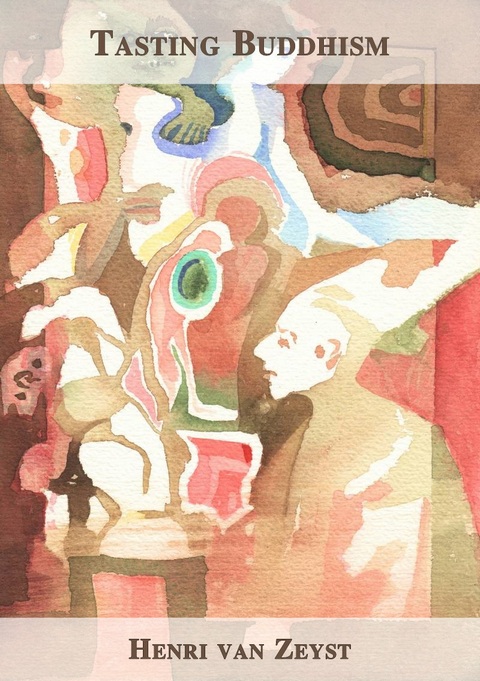 Pilgrim from the Netherlands

Henri van Zeyst was a well-known writer on Buddhism. He was born in Utrecht, the Netherlands, in 1905. Educated throughout in Catholic schools and colleges, he spent his final years of studies in philosophy and theology and his first year after his priestly ordination in an Italian monastery near Florence.

At the age of 31 he was sent to London to be in charge of a new foundation of his order, where he was also teaching Dogmatic Theology to the scholastics of Christus Rex Priory in North London.

An intensive course of comparative religion brought him in contact with Buddhism. Within a year of his coming to Ceylon he was ordained a Buddhist monk in 1938 and named Bhikkhu Dhammapāla.

From 1956 to 1968 he worked on the Encyclopaedia of Buddhism at the University of Ceylon in Peradeniya, of which he was in the final years of that period the Senior Assistant Editor and Administrative Officer.

During his last stages of life he was residing in a meditation centre at Nilambe, Kandy: giving instructions to those who came to him for guidance on meditation.

Before his death, he came to the Public Trustee Office and handed over his last will to be kept in safe custody in the office of the Public Trustee, with further instructions to utilize monies in his investments for the propagation of the Dhamma after his death.

This article was found among his other documents.

Remembering 50 years of Drinking Tea
and Tasting Buddhism in Ceylon

When half a century ago, I landed in Colombo by boat at the passenger jetty, there were no international flights apart from the twice-a-week connection of a Dakota plane for 21 passengers from Ratmalana to Madras and return. There were no tourists, for Ceylon has not been discovered yet as a paradise. Ceylon was Lipton’s Tea Garden.

And so the Customs officer at the jetty naturally asked me what brought me to Ceylon: “Tea?” My reply was a surprise to him for although I appreciated a good cup of tea at any time, I had come here to learn Buddhism.

And how long would it take me? Not having started even, a guess was difficult, but a permit to enter (there were no visas at that time) was entered in his book “for two years or more!”

And for two years and more, adding up to half a century, during which period I’ve been granted a “distinguished citizenship” of which I am truly proud, I must have been drinking many gallons of tea of different brews, black and strong with milk and sugar, with one or the other or with none, tea for breakfast and tea-time, tea at a party, and tea for medicine (gilanpasa).

But I never learned how to “taste” tea till, after some years, I visited a tea factory in Lindula where I saw the official tea-taster at work.

After the tea leaves had been plucked by nimble fingers on the field, and stripped from the stalks in the sorting room they were spread out to wither on large trays exposed to the strong hot air from electric fans, till (next day) they were all rolled and roasted till ready for tasting.

Then in the tasting room there were lined up 12, 16 or 20 tiny mugs of tea. No sugar, no milk, just tea of different grades and different times of rolling, etc. Then the tea-taster would come. He would be a non-smoker, non-chewer, and he would not even drink the tea.

How can anyone drink twenty cups or so in half an hour? He would just taste, and spit out what he had tasted in his mouth, ready for the next little mug with his ready verdict: “ten minutes more in the roller” or “over-roasted”, etc.

When we taste a cup of tea, we make a comment: a little more sugar, please. And that is as far as our taste goes. In other words, we do not taste the tea, we have already fixed our taste, and we add a little colouring.

But, as I told the customs official, I have not come for tea, but to learn Buddhism. In that year of 1938 my knowledge of Buddhism was as little or even less than my knowledge of making tea. But I knew something of religion as a whole and of several types of religion in particular.

They were religions of faith, of hope, of fear, of devotion, of discipline, of reward and punishment. And I did not want any of that. I had “drunk” them and did not care for the “brew”. A little more of this, and a little less of that would not make any difference.

What I wanted was a religion with a difference really. And then I’d come across Buddhism in London and I had come to Sri Lanka to get the real taste of it. I learned from books, from texts and translations, I lived in temples and begged for my food, I lived in the jungles and in caves, fell ill in the process with malaria, with dysentery, typhoid, and survived it all.

And did I get the taste of Buddhism?

The Indian Ocean on the west and south coast of Sri Lanka may give us the convincing taste of salt, but who will go to the north and east coast of the Gulf of Bengal to compare the taste there with earlier experience? And what about the Pacific and Atlantic Oceans?

Are we sufficiently interested in finding out the exact percentage of the sodium solution in each case? And yet, what else can we do?

If we truly want to know the exact constitution, there is the fundamental approach by which we may understand to some extent the basic nature of the atoms which constitute the molecules of calcium, hydrogen, oxygen, sodium, carbon, etc. and we could settle the matter by calculation without bothering about “taste and see” at all. Such is the fundamental approach shown by the Buddha and now by modern science also.

The empirical approach of “taste and see” appears simpler than the fundamental one, but that is only at the outset. Soon it will be seen that the individual taster’s approach not only becomes more and more complex and impossible for general application, but also the invalidity of its particular findings when applied to general values when specific circumstances will keep on changing under varying conditions.

Thus, water boils at a temperature of 100 degrees C. but only under the fixed and uniform pressure. High up in the mountains, when in rarefied air the pressure is much lower than at sea level, one cannot bring about the required pressure. Water will boil but the temperature will not rise enough to boil an egg.

It is not the quality of the water which is desired but the quantity of pressure exercising itself on the elements. That is the basis of the quantum theory in electro dynamics.

Now, let us apply this method to the teaching of the Buddha, which initially is shown as empirical, experimental and too obvious that we make an axiom of it. It is self-evident (sandiṭṭhiko), “come and see” (ehipassiko), universal, it needs no proof for it is visible to all (paccattaṁ veditabbo).

And what I have tasted in the course of this half century of Buddhism in Sri Lanka could be gathered from what I have collected, tasted, digested and experienced in more than 30 publications, in many radio talks and public lectures, sermons in temples, discussions and debates.